Don Casto, III recognized that the land surrounding Route 161 and Hamilton Road was in the path of growth so, between the mid-1960’s and early 1970’s, Casto assembled the property now known as Hamilton Quarter. Plans for developing Hamilton Quarter have evolved through the years as consistent needs for retail, office and residential density increased. As infrastructure in the vicinity caught up to the surrounding growth in New Albany, Gahanna, Columbus and Westerville, the opportunity to create multiple development sites became a reality. Further, the recent addition of The Daimler Group, The New Albany Co. and Capitol Square, Ltd. to the partnership team have also been key in fueling the current large-scale retail, office and residential development, along with the future phases that are planning stage. Collectively, these factors continue to help facilitate expansion in one of the fastest growing markets in Ohio. 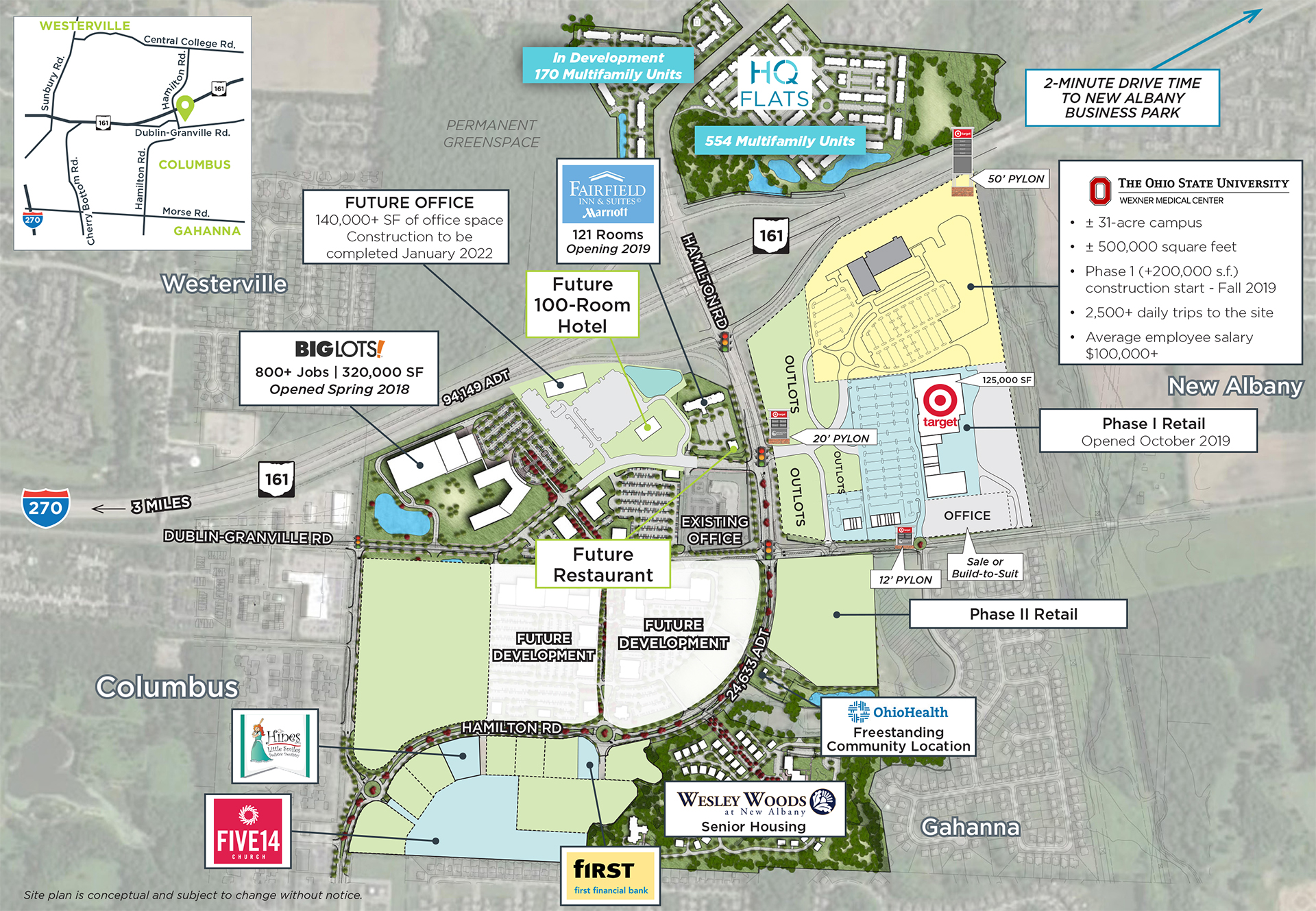